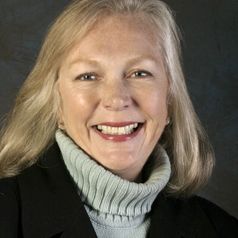 In 1993, as a century—and millennium—drew to a close and American educators wondered what would come next, Mary Vinton Folberg began a series of conversations with parents, students, teachers, civic leaders, educational visionaries, and university researchers. Her quest: to define a high school experience that would produce alumni who are confident, well-equipped, and capable of finding their path among the vast and evolving choices they would face upon graduation.
Folberg—a teacher, choreographer, and founder of the Jefferson Dancers—was already a Portland legend, winner of the prestigious Governor’s Arts Award and a three-time recipient of the Kennedy Center Award for Excellence in Arts Education. She combined insight gained from thirty years of experience in the field, her far-ranging interviews, further research, and inspiration from the works of Ted Sizer and Howard Gardner to craft a vision for “a laboratory for effective educational innovation.” She established The Northwest Academy in 1996, a school that made its mark by equally valuing artistic and intellectual pursuits in a way that fosters creativity, rich discourse, and deep commitment.
In the fall of 1997, Northwest Academy moved its offices from a TV production studio to the historic Galleria building and opened its doors with an enrollment of 26 students and a staff of five, including Mary herself as the Director of Education. The fledgling school embraced a vision for education that surpassed any cataloging of “twenty-first century skills,” with an arts immersion experience that brought the arts out of the corners of the curriculum and placed them at the center of every classroom.  In the school’s founding documents Folberg asserts that “the addition of immersion in the arts to traditional academic study develops broader human potential,” and the experience of a generation of students and alumni stands as testament.
By 1998, with support from Meyer Memorial Trust and leading Portland philanthropists Harold and Arlene Schnitzer, the school moved into the Main Street building, once a comedy club and now the heart of the High School and the virtual petri dish preserving the original Northwest Academy DNA: challenging students to surpass their own expectations, encouraging them to push out their boundaries of exploration, supporting students as they take risks in order to grow and as they cheer on the accomplishments of their classmates.
Current staff members Nathan Lucas, Sean Cain, and Julia Cain joined the growing enterprise in its earliest years, and in 2005 the original vision was fulfilled when Northwest Academy opened its Middle School. Mary Folberg continued to shepherd the school through its growth and expansion, receiving Portland Monthly’s Light a Fire Award for Lifetime Achievement in 2013. Since her retirement in early 2016, she has remained actively and enthusiastically engaged with Northwest Academy as Emeritus Head of School.
1/1
1/1